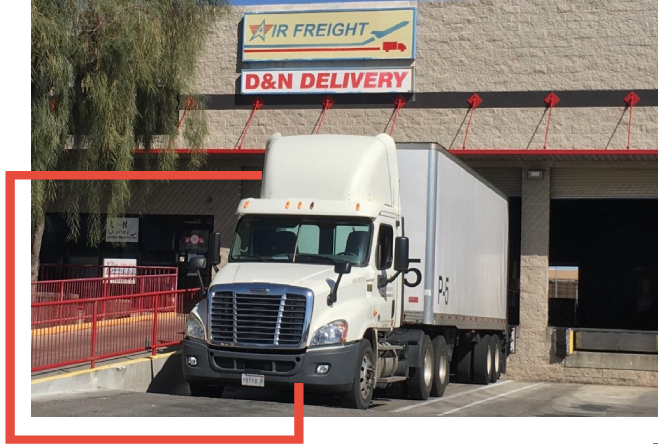 D&N Delivery in Las Vegas, Nevada has been a trusted transportation company for several years. Companies and businesses across the state work together with us to fulfill their freight and storage needs.

Incorporated in the state of Nevada Since 1965

D&N Delivery is a full-service pick-up and delivery company specializing in the handling of time-sensitive shipments in Las Vegas. NV.

Although the company name has not always been D&N Delivery, we are one of Nevada’s oldest incorporated companies. The original name was Denver and Nogales, from the old Denver Nogales stagecoach. Packages and passengers would be delivered to various stops along this route.

The company was dormant through the Great Depression and World War II. It wasn’t until Las Vegas Airport (now McCarran International Airport) began receiving commercial flights, with tourists wanting to enjoy the wonderful Las Vegas experience, that the company was reactivated.

Circa 1960, the company had two vans and began delivering passenger luggage and small packages within the Las Vegas area.

The owner of D&N, at that time, wanted to become a commercial pilot. After acquiring his commercial pilot's license, he asked around the airport if there was anyone interested in purchasing the delivery company.

In 1965, Elbert and Ina "officially" incorporated Denver & Nogales into D&N Delivery Corporation. Both would work as ticket agents by day along with delivering passenger luggage and packages. Most days were 12-15 hour + workdays.

After receiving the ACI (Air Cargo Inc) contract to deliver airfreight, they decided to devote all their time and energy to D&N Delivery while still working 15+ hours per day. They enjoyed the confidence of being a member of the ACI for the Las Vegas area.

Elbert and Ina’s strong work ethic, along with their devotion to customer service, is why many of the top National Freight Forwarders utilize our service to this day.

We understand that we are the image you project to your customers when you choose D&N Delivery to either pick-up or deliver your consignments. Our knowledgeable, uniformed, DOT-certified drivers will ensure that your professional image is always enhanced.

"Meet or Exceed our customer's expectations"

Our goal is to provide the most comprehensive and efficient freight pick-up and delivery service in the Las Vegas and southern Nevada region.

As a full-service Air Freight trucking company and an LTL motor freight carrier, we have the discipline necessary to represent the Airfreight Forwarding, Transportation, and Airline Industries while continuing to provide the highest level of service available in the Las Vegas area.

Our clean, well-maintained equipment and professional work environment translate into a positive image for you and your customer.

D&N Delivery has been providing reliable pick-up and delivery service in Las Vegas since 1965. We are proud to represent the Freight Forwarding community, Airlines, and Transportation companies throughout the United States. Our company has been an ACI Contractor and Motor Carrier Participant since 1965. We are open from 7:00 A.M. to 11:00 P.M. Pacific time, 365 days a year. Our services are available 24 hours a day.

Our team "sweeps" the airport twice daily at 7:00 A.M. and 12:00 P.M. Monday through Saturday. All outbound shipments are reweighed and dimensions recorded for accurate rate calculations. "Drops" are made to carriers on the same day after routing instructions are received.

Las Vegas is one of the largest Trade Show and Convention cities in the world. Regarding convention move-in and show breaks, we have outstanding working relationships with convention drayage companies such as GES, Freeman Decorating, and Champion, etc.

After your alert is entered into our system, our operations staff can efficiently and accurately track your shipment by either your House (job/reference) or Carrier (Airline/Truck) pro number and quickly provide you with the current status of your shipment.

Additionally, you may request authorization to log in to our website. After your authorization is approved (normally within 24 hours), you will be able to review any current or completed shipment for status and charges.

D&N Delivery is located in our wholly-owned state-of-the-art Air Freight facility. Over 20,000 sq. ft. of warehouse space is available for any of your warehousing or short-term storage needs. If you require long-term storage, feel free to contact us. Our warehouse is a secured facility that utilizes the latest security technologies to protect your consignments.

Please call our office at 702-263-5540 for further details regarding this service, or click here to email us directly. If you require long-term storage of your shipment, please contact our office to determine space availability.

For insurance information, or to request a copy of our Certificate of Insurance please contact Leavitt Insurance Agency at (702) 382-4010. We are Licensed with the Department of Transportation (DOT #197804). 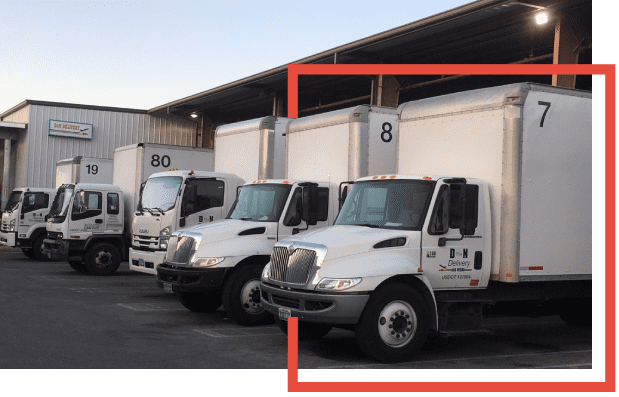 D&N Delivery does not sell or share customer information with any company or entity except our sister company Air Truck Express which is a wholly-owned subsidiary of D&N Delivery Corporation.

"D&N Delivery hereby certifies that we have received a copy of the FAA Security guidelines for the Indirect Air Carrier Standard Security Program. All of D & N's employees have read, understood, and agree to abide by the security guidelines for all shipments handled for or on behalf of the Indirect Air Carriers and the Freight Forwarding community."

For questions, concerns, or anything else you’d like to discuss with us, get in touch with our office today. We look forward to working with you.

Reach Out to Us
Scroll To Top